Hey Y’all, I’m back! There are no words to describe the Spring Break that I just had. You might have seen on Instagram, but while some went to the beach or on mission trips for their spring break, me and five other people, who I didn’t really even know, decided to take an impromptu trip to Iceland! My good friend Hannah and I decided we wanted to go to Iceland for Spring Break but after realizing we couldn’t afford to stay there with how expensive it was I kind of handed it over to God. That is when He sent William, a seminarian at my school, to me after adoration. I made an off-handed comment that I wanted to go to Iceland but couldn’t afford it and, even we’d never even had a full conversation, he invited me on his trip with a group of people staying at a convent and rectory 15 minutes outside of Reykjavik.

From that moment on God was in every single moment of this trip. When one person dropped out four days before the trip He found us one more person. When we forgot to rent a car for six people he saved one van in the entirety of the rental company that was perfect for us. When the weeks before and after our trip predicted snow storms all it just so happened to be one of the sunniest and warmest weeks of winter in Iceland. I saw the majesty of our Father’s creation, met the most amazing priest and sisters working tirelessly to convert a secularized society and learned what real sacrifice was through the actions of those around me.

But, more than anything else on this trip I grew to finally understand God’s intention in creating male and female as complimentary genders, different yet equal. On this trip, there were two seminarians, one woman discerning religious life, my good friend Hannah and I, and one extra guy. It was a weird dynamic, and one that I was a little hesitant to enter, but God graced this group so much because instead of awkward flirting or confusing relationships He immediately established a familial love in our hearts for each other. There was no potential for relationships and no desire to pursue anything further and as a result, we were able to be comfortable with each other in a way that I never have before.

It was through these three men who fully lived out their masculinity as men of God that I was able to fully comprehend my femininity. Never before have I understand what it means to be created as a “helper fit for man” or felt so protected and provided for that I was able to be free from worry and know that everything would be okay.

Traditional gender roles get a very very bad wrap in our modern western culture, and don’t get me wrong I’m a feminist through and through, but this week my friend and I played the traditional role of women and it was honestly so fulfilling and beautiful and good. For example, we cooked just about every meal and while we did the seminarians could have their required holy hour of prayer time. If I had made them cook with us, then they would have had to sacrifice the very little sleep we already had to pray. In some ways cooking for these men was my form of prayer every day. I knew that by serving them in this way I was giving them the time they need to grow in holiness towards their vocation and it was an honor to do it. Our inner moms came out sometimes and we got to love these men purely by taking care of them in the simplest of acts. Through it all, I never once felt belittled or disrespected or made to feel inferior. In fact, I felt glorified, seen, and loved by these men in a way that I have never known before. 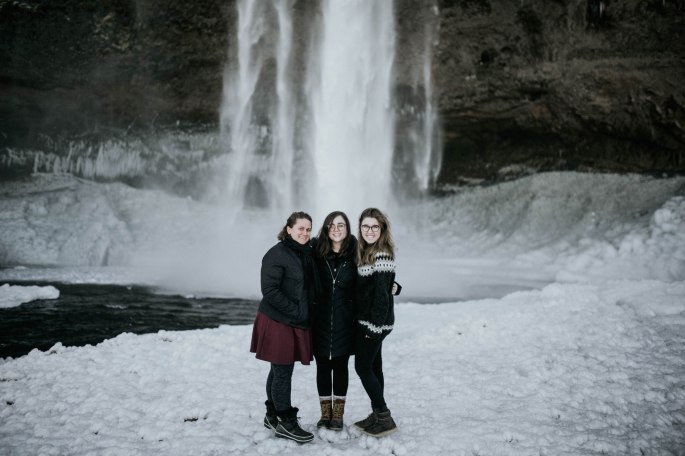 What did the men do for us in return? More than you could ever imagine. For such a short trip, there were a lot of accidents and injuries. For example, within five minutes of getting our rental car, another person ran straight into our van. The men immediately acted and us women stayed in the warm car while they stepped outside and got everything sorted out. That was honestly an omen for how the rest of the trip was going to go. There were so many little injuries throughout the week and then on the fourth day, one of the seminarians fell through the ice into a lake that was -20 C. I was so scared I wanted to cry but the other two men immediately jumped into action getting him into the car, dried him off, and into a new pair of clothes while we booked it back to the church. I never once had to worry about him because I knew that the men had it handled and I was simply able to love and care for him in the little ways I knew how. Another beautiful moment was when we were changing after the hot springs. The three men stood in the freezing air facing the other direction instead of changing in the stall next to us to protect our dignity. I never once felt uncomfortable or nervous throughout the whole changing process because I knew that not only were they not looking but they were stopping other men from looking as well. It seems silly to be impressed by this because that is how all men should be but I was still struck by this sacrifice of pure love.

The greatest example of the men protecting and providing for us was when our Icelandic friend, Rizza, fell on the ice and broke her ankle over two miles up a mountain just before sunset. We were wet and frozen after going in hot springs and as the sun was going down I literally had no clue what to do. One guy immediately started finding wood to break to make a splint for her leg, another guy got her propped up and held her tight to keep her warm while another one called a rescue squad to come and get her. They were so confident in every single action that I never once was scared that we would not be okay. Because they were fulfilling their role as men I got to use my gifts as a woman to comfort my friend and be there with her to make her laugh. Probably the coolest part of the whole thing was when they asked four men who were training to be US military to escort us women down the mountain safely before sunset while they waited in the freezing cold with Rizza for the rescue squad. At first I felt bad leaving, and honestly, a part of me wanted to stay and prove that I could handle it, but I realized that this was their way of taking care of me, of loving me like I got to love them when I served them, and so I went. It was on that hike down the mountain that I realized that by letting them be the protector and provider that they were created to be, I was finally living in my femininity. 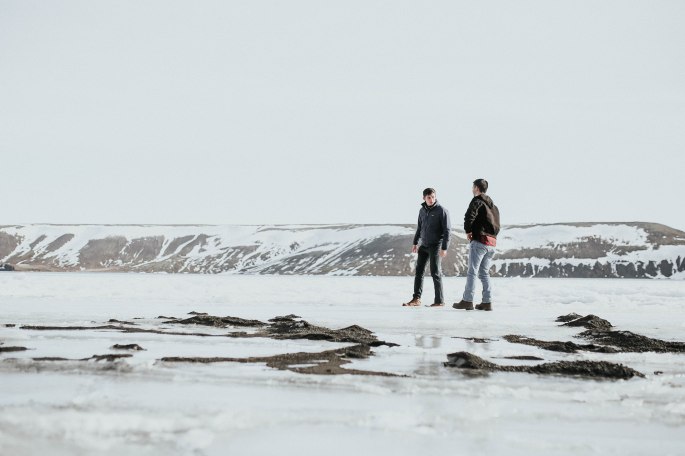 With all the comfort and protection of the modern world men don’t have to step up to the plate as much as they used to as the stereotypical role of “protector and provider.” The traditional roles of men and women are interesting because for women it is a lot of smaller acts of love while for men its fewer larger acts. In our culture, it’s easy to just see all the work women do because there aren’t as many obvious sacrificial acts that men can do. And yet, these holy men suffered on top of a frozen mountain for an hour so that I could get warm and in return, I cooked them a few meals. When we look at it in that light it makes so much more sense. That is masculinity and femininity at work. This is how we were made to love each other. Because these men were living in their masculinity I was able to embrace, and love more than ever before, my femininity.

This was the trip of a lifetime. God’s hand was present in every single moment and I felt so loved by a group of people who I barely even knew. I never once felt like too much or not enough. I was loved and accepted and able to be fully myself with a group of people who were just as weird as me. I cannot thank God enough for this last week.

I want to end on this note – not every woman wants to live into the traditional gender roles but there is still so much grace and joy in living into our complementarity as men and women. I do think that men should do more in the home, and I saw this by how they did the dishes after I cooked every meal, and I think that women have a role in protecting men, as we did when William fell into the ice. Ephesians five states that as men and women we must mutually submit ourselves to each other out of love of Christ and each other. We were made to serve each other, to give of ourselves as a gift to the men and women in our lives, and we shouldn’t fight that like our culture does today. We are not made for an individualist culture but one of service and self-giving. We as women need to take the lead of living this Truth out in our world today and I know for a fact that if we do then the men will follow. I haven’t given up on our culture or our men just yet, especially after this weekend, and neither should you.

Fashion Blogger dedicated to changing the narrative of our modesty to one of dignity, beauty, and self-love through the eyes of our Father